Residents of Chakwal districts looking for government jobs are informed about the latest Class IV jobs at the Chakwal People’s Welfare Department. Interested candidates, both men, and women can apply for these contract-based openings.

The Population Welfare Department is looking for Chowkidar and Aya. People regarding minorities and the disabled quota are also invited to apply. Literate and mid-pass candidates can apply for these openings.

A total of 50 vacancies are being opened. Applications must be submitted on plain paper to the District Population Welfare Officer’s Office. All necessary information and documents must be attached to the application. 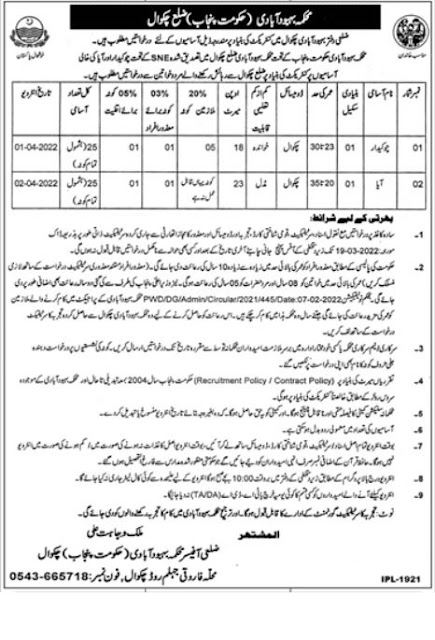