On this page, we have posted the details of Narowal jobs from the District 2022 Population Welfare Department. All Interested candidates for government jobs in Narowal should read this post. We have compiled this vacancy notice from the Daily Express newspaper.

The Government of Punjab Population Welfare Department is recruiting Class IV staff for its Narowal District Population Welfare Office. Jobs are opening for Chowkidar and Woman Helper/Aya. Educated and mid-pass candidates can apply for these positions.

Quotas will be observed for women, minorities, and people with disabilities. Interested and eligible individuals may submit plain paper applications by March 7, 2022, to the District Population Welfare Officer’s office. 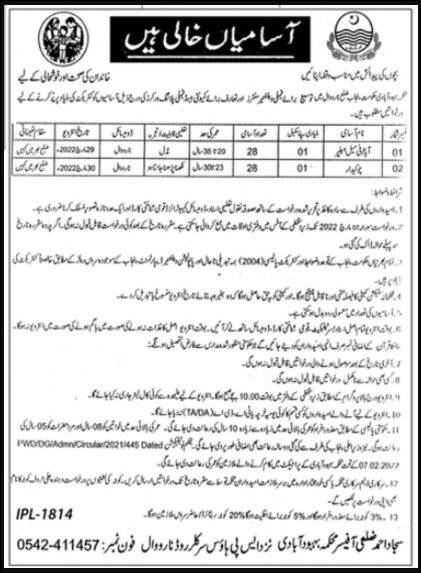